In June 2022, the NBB Gallery decided to redefine the room behind the general exhibition space at the Karl-Marx-Allee 85. When visiting NBB, the gallery assistant would advise you to also visit the room „in the back“ and would tell you there is more art to see. After you enter the door you find yourself inside a dark hall that connects the kitchen, the entry to a cellar staircase and a fridge for drinks for the guests at openings.

Just when your eyes get used to the dark you see a bright light coming from the end of a narrow passage to your left. You go through the passage and enter a small bright room with white walls, no windows, and a ceiling painted in the dark gray tone significant for the whole interior of the NBB Gallery. On the walls hang some more paintings or drawings for you to admire and to your right behind a white door is the bathroom. In the back of the room is an iconic mid-century daybed by George Nelson from the 1950’s and to the right there is a curtained entry to the packing room and the back office. 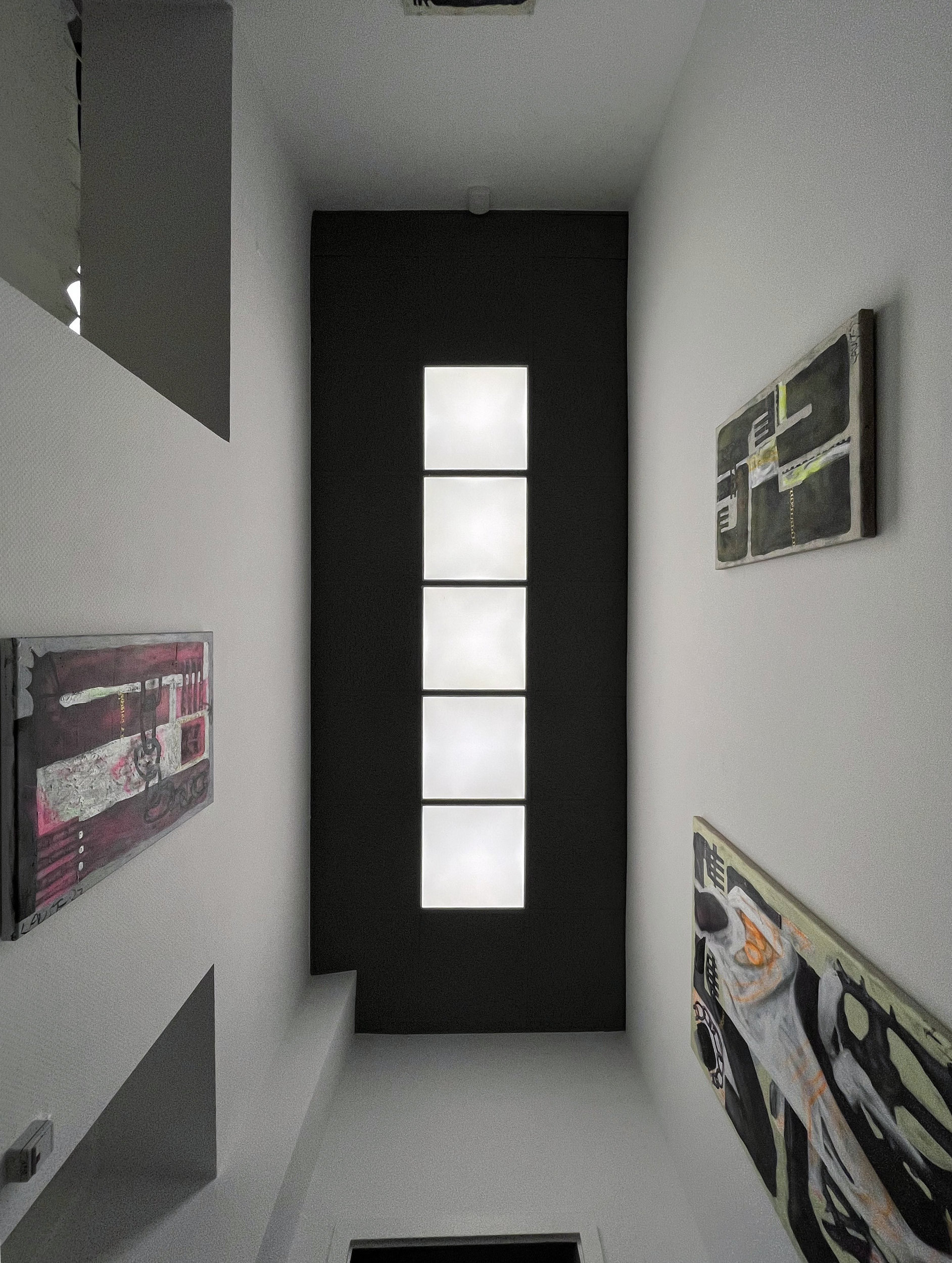 The walls of this room used to be an extension for the show in the general exhibition space. However, the character of the space led to the idea of a separated exhibition space. Independent of the show in front, the space was simply called “The Backroom”. It is a room with multiple purposes: it is a gallery, a hall, a space of rest on the daybed, but also a space to pack orders or to store artworks when there is currently no show. It is everything as well as in fact nothing from this list.

As a space somewhere in-between, The Backroom is an example of what is often referred to as liminal space. Depending on the context, liminality is used to describe social and cultural phenomena but also spatial characteristics for a space that is ambiguous, transitional. Some examples of such places are halls, school corridors, staircases, empty malls or empty backrooms of supermarkets.

The NBB Backroom as a transitional space, however, makes maximal use of the possibilities of the space for the gallery while being indeed in-between. While the term “liminal space” could be perceived from the perspective of internet culture, it became a topic in current architectural and urban planning discussions.

Liminal is also the new concept of The Backroom room inside the NBB gallery. The writer and architect Fred Koetter summed up his understanding of liminality of space as “the realm of conscious and unconscious speculation and questioning – the zone where things concrete and ideas are intermingled, taken apart and reassembled – where memory, values, and intentions collide.“ Our aim in The Backroom is to create an explorative space for emerging artists and to invite the visitors of NBB to experience this quasi incubator for new and fresh ideas before they make it big in the art world. We hope The Backroom will find its place in the NBB – and let it be somewhere “in-between”.